On Wednesday 29 February 2012 Spread the Word is bringing together four teams of writers and editors in London, Delhi, Kuala Lumpur, and Vancouver, to create a unique novel.

The project is an experiment in collaborative writing, using digital technology.

The book, which will be written by multiple authors, operating in different time zones and countries, will be launched at noon on World Book Day, Thursday 1 March 2012.

How to get involved

Facebook: ‘like’ our page: www.facebook.com/pages/24hourbook, post your inspirational ideas before the day, and pop in on the 29th to see how things are going, respond to our writing challenges, and support our writers across the globe.

About the Vancouver Team:

Arley McNeney is the author of two widely acclaimed novels. Her first book, Post, was shortlisted for the Commonwealth Writers Prize, Best First Novel, Canada, and the Caribbean. The writing in her second novel, The Time We All Went Marching, was likened to Michael Ondaatje’s by Michelle Berry in the Globe and Mail. Arley is a former Paralympian in the sport of wheelchair basketball and won two World Championship gold medals and a Paralympic bronze at the 2004 Athens Paralympics. She lives in Vancouver.

Alyx Dellamonica is the author of Indigo Springs, which won the Sunburst Award for Canadian Literature of the Fantastic. Her short fiction has appeared in Asimov’s, Realms of Fantasy, Sci-Fiction and Strange Horizons. Her 2005 alternate-history Joan of Arc story, “A Key to the Illuminated Heretic,” was shortlisted for the Sideways Award and the Nebula Award. Alyx lives in East Vancouver.

Alex Leslie’s chapbook of microfictions Twenty Objects for the New World was published by Nomados Press in 2011. Alex’s writing has been published in many Canadian literary journals and the Best Canadian Stories anthology series from Oberon Press. She has won a Gold National Magazine Award for personal journalism and a CBC Literary Award for fiction. Alex is from Vancouver.

McKinley Hellenes can’t seem to stop writing about Vancouver. Her stories have appeared in various anthologies and magazines of questionable repute, including Broken Pencil, Kiss Machine, and the Journey Prize Stories. In 2010, her novella won second place in the 32nd International 3-Day Novel contest. She is currently working on a novel for which she received a grant from the Canada Council for the Arts.

Jenn Farrell is the author of two collections of short stories: The Devil You Know (Anvil Press, 2010), and Sugar Bush & Other Stories (Anvil Press, 2006). Her stories have previously appeared in Prism, subTerrain, West Coast Line and Forget magazine. Jenn was born and raised in the “Golden Horseshoe” of Ontario. She is a graduate of the Langara College Publishing program and Douglas College Print Futures: Professional Writing program. She currently resides in Vancouver where she works as a freelance writer, editor, and teacher.

Elee Kraljii Gardiner directs Thursdays Writing Collective in Vancouver’s Downtown Eastside. She is a poet and the editor and publisher of five chapbooks. A frequent collaborator, she leads workshops on creativity and social writing.

Sean Cranbury is a writer, internet tinkerer, and event programmer living in East Vancouver. He is the host and regulator of the radio show, Books on the Radio, the curator of the Real Vancouver Writers’ Series, creator of the Advent Book Blog, and an organizer of the books/technology unconference, Bookcamp Vancouver. Sean is a member of the Board of Directors of W2 Community Media Arts Society.

All you need to know about Green Board Drywall Water Resistant

The green board is one of the most critical elements in the house regardless of whether you are re modelling or constructing the new bathroom. This is the reason why it is advisable to have the general know how on how and where it is appropriate to install it. Instead of using the standard gypsum board, the green board will surely sort out the most place of the house. 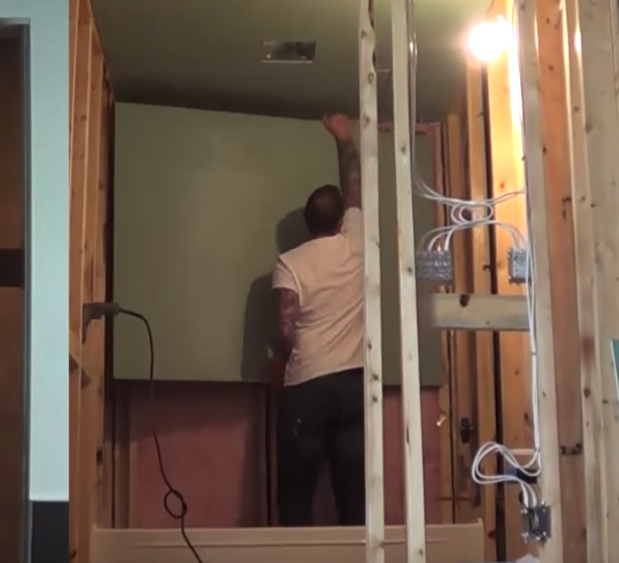 What is Green Board?

It is a water-resistant gypsum board that has been in the industry for decades, and one of the more reliable gypsum board when it comes to durability. The fact that this board comes with the more normal gypsum core which is usually located in most of the drywall in our homes is an indication enough that this board can be installed anywhere in the house. One main difference when you compare to the other boards is that the green board has a much thicker coating by wax which is good when it comes to water resistance. Popularly known by the name green board, it can be easily separated from the gypsum with the green tint exterior.

Is the board waterproof?

As earlier mentioned one of the major drawbacks of this Board is that it cannot withstand harsh, wet weather. It is designed to be used in a place where there is enough air and humidity and not the shower or outdoors. In a nutshell, it is proper to categorically state that green board is not waterproof but just very good in resisting moisture than the standard drywall.

The green board drywall same as the standard drywall is not fireproof at all. Even though, there is other fire-resistant drywall known as the Type X that is much more ideal to be used around any fireplace. The said board can be easily confused with the green board because of the same size.

How to install the green board?

It is straightforward to install the green board if you are familiar with installing any other standard drywall. It is something that you can do it yourself (DIY), as all you have to do is ensuring that the straightedges are secure and the outer coating is scored using a fresh blade. This will make the whole process of snapping the board to the preferred size.

Installing the green board is much more the same as installing any other drywall, that is done by driving them in the board and study them behind. A lot of caution has to be observed so as not to go through the entire paper coating as you will also notice that the gypsum core does not hold much faster meaning that it is not very strong during installation. The staggers joints should be such a worry as they make the whole thing stronger and much more reliable in the end. 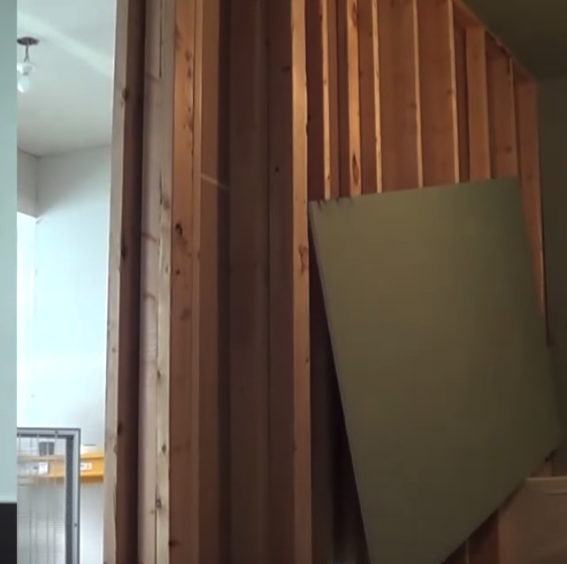 A lot of care and attention has to be adhered to when installing the green board on the ceiling. The reason is that you would not like to get the end result that has some sagging issues. That is why it is also advisable to fasten the board every after 12 inches, unlike the usual 16Inch gap. In order to get the best result, you should always strap the ceiling first. The common practice to ensure that the whole thing is properly secured by using the 1inch by three-inch lumber at the same time fastening to the joints.

Not suitable for the Bathroom Ceilings

Regardless of the fact that many inspectors are not for the idea of installing water-resistant drywall on the bathroom ceiling, it is not such a big deal after all. The main reason behind their advice is because the green board is not very strong when exposed to a lot of water and a bathroom is a place where a lot of activities involves water. There is a lot of measures that have to be observed in case you have decided to install the green board in the bathroom despite all the moisture it might collect. The best way to get the green board on the ceiling and achieve a very good result is by adding blocks to make it easy to fasten with the nails and screws.

When you have properly installed the green board the final, and the most important bit is the finishing. This can be done very well by mudding and tapping and at the same time applying a good layer of protective paint. When finishing it is advisable to coat the seams and holes that have been made by the screws. A putty and drywall tape can also be used to bring out that very nice finish. The number of coating that should be applied should not be a minimum of two coating, the main reason behind this is to enable the whole painting to blend nicely. Sanding of the few rough edges and applying prime should be the last stage of ensuring that your finish work is not only beautiful but durable at the same time.

Comparison between the Green board and the Cement Board

These two products are very different, and it is a surprise as to why the two of them are always compared together. As for the cement board, it is the most preferred board when you want something that will work correctly in the bathroom which is not the case with the green board with the help of the moisture barrier.

Green board is most preferred in places of the house that has very little chance of getting all wet and dump. This board does not need moisture barriers at all.

Compared to the Cement board green board can be used in various place of the house as long as you know how to handle them properly. It also works very well in damp places of the house to curb the problem of mold and mildew.

Special thanks to our writer, Kevin Ngo of Drywall Vancouver who you can find here:

Welcome To The Blog About Drywall

Hello everyone! My name is James Andrews and I currently work as a drywall contractor in the Vancouver, BC area. We’re undergoing a few web design maintenance at the moment so bear with us for at least a few weeks before we hand out some life-changing tips on how you can make your drywall jobs more efficient. Thank you!